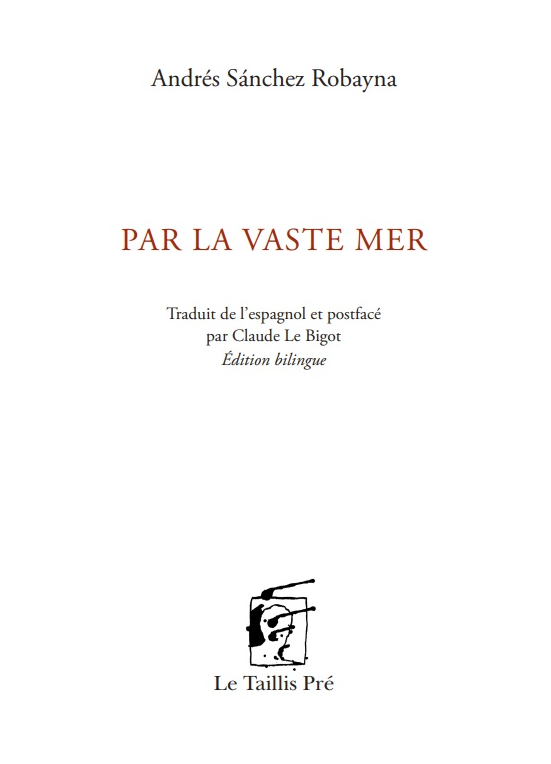 The Mallarmé Prize is one of the most prestigious French poetry prizes. Awarded since 1937, it rewards each year a living French-speaking poet.

For the first time this year, the Mallarmé Academy also awarded a prize for foreign poetry. This new prize aims to highlight both foreign poetry and the translators who work to make it known in the French-speaking world.

Andrés Sánchez Robayna, born in Las Palmas in 1952, is a poet, essayist, translator and professor of Spanish literature at the University of La Laguna (Tenerife). He is the author of an important body of work which includes ten collections of poetry and fifteen essays.

Le Taillis Pré, founded in 1984 by Yves Namur, mainly publish French-language poets, from Belgium and France. But from their beginnings they have welcomed poets from all over the world, often offered in a bilingual edition, with particular attention to Spanish-speaking poets.